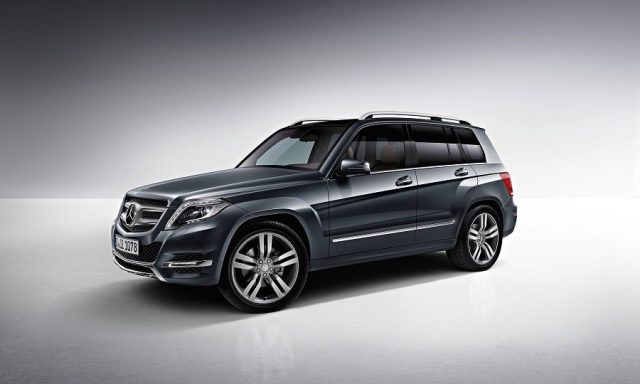 In July this year, the Federation of German Consumer Organisations (VZBV) filed a lawsuit against Daimler, Mercedes-Benz’s parent company. Filed in a Stuttgart regional court, the lawsuit intends to help car owners get compensation for the inconvenience caused by defeat devices used to cheat emissions tests. The affected vehicle owners are those who purchased Mercedes-Benz GLK and GLC models.

The VZBV believes that the lawsuit will help the car owners recover from the effects of the Mercedes Benz emissions scandal. A representative from the group also said it will allow affected drivers to confirm or verify if the German car manufacturer intentionally fitted illegal cheat software in several Mercedes-Benz vehicles.

VZBV is hopeful that the regional court, through the lawsuit, can provide legal clarity on Daimler’s persistent denial against the allegations that they knowingly controlled emissions tests.

As with the earlier lawsuits filed against them, Daimler will contest this newest class-action. If the regional court rules against them, the carmaker will be required to pay for damages of around 50,000 GLK SUV and GLC Mercedes-Benz models. This is separate to the compensation payments for affected vehicle owners throughout Europe.

According to the VZBV, Daimler and Mercedes-Benz fitted thermal-switching devices into their vehicles so that, during lab tests, it will appear that the cars emit nitrogen oxide emissions that are within the legal limits. A thermal-switching device works by shutting down the emission-cleaning equipment once ambient temperatures are either too hot or too cold.

However, when the vehicles are driven in real-world conditions, their emissions values go beyond the legal levels. As such, the defeat devices hide real emissions values. Daimler and Mercedes-Benz deceived their customers into buying supposedly environmentally friendly vehicles that are, in reality, major contributors to air pollution.

Prior to the VZBV class-action lawsuit, the German Federal Motor Transport Authority (KBA) found out that thousands of Mercedes-Benz vehicles were using illegal exhaust technology. The German automaker agreed to set aside £1.348 billion (€1.6 billion) for emission compensation claims.

In 2018, Daimler was ordered to recall hundreds of thousands of their vehicles. Around 280,000 were recalled in Germany while 670,000 Mercedes-Benzes were recalled in Europe. The recalled cars included the following models:

Why defeat devices are illegal

Nitrogen oxides or NOx are pollutants that contribute to poor air quality. Since they are dirty, toxic gases, NOx emissions have devastating effects on human health.

NOx contains nitric oxide (NO) and nitrogen dioxide (N), which are responsible for creating smog, acid rain, and particulate matter (PM). Nitrogen oxides also contribute to the formation of ground-level ozone, which can damage vegetation and affect plants and animals.

Constant exposure to NOx has adverse effects on human health. It can cause respiratory issues, including asthma (or aggravated asthma for those who already have it), breathing problems, eye irritation, headache, and mental issues like anxiety and depression.

Nitrogen oxides’ effects on the environment and human health are major reasons why the U.S. Environmental Protection Agency (EPA) served a Notice of Violation to Volkswagen in 2015, in an incident that is now known as the Dieselgate scandal.

If you own a Mercedes-Benz

If you have one of the Mercedes-Benz models affected by the emissions scandal, get in touch with your manufacturer right away. You should get a recall notice from them. If you do not, you should exercise your right to file a diesel compensation claim so Mercedes-Benz can pay you for all the inconvenience their defeat device has cost you.

The legal process can be quite lengthy and challenging, which is why you should work with a team of emissions experts who can help you through the process. Most of them offer a no win-no fee guarantee, which means you won’t have to pay anything if your claim is unsuccessful. However, if you work with an experienced team such as the ones at Emissions.co.uk, you’ll greatly improve your chances of filing a successful claim. Start working on it now.

3 Great Reasons to Get an Audi Q3 Sportback

How to lift a car safely before repairs

Is It Time to Scrap My Van?

Is It Time to Scrap My Van?

6 Things to Know Before Ordering Your Bouquet of Flowers